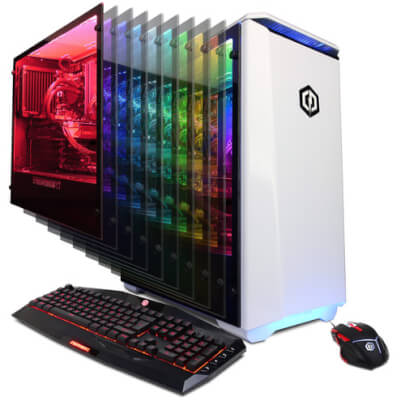 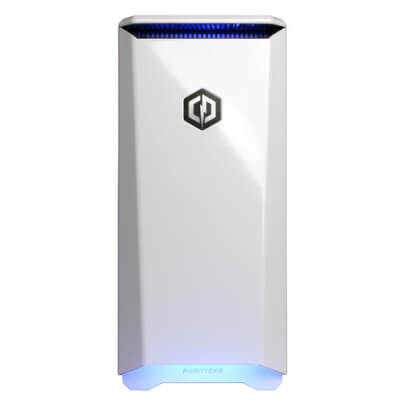 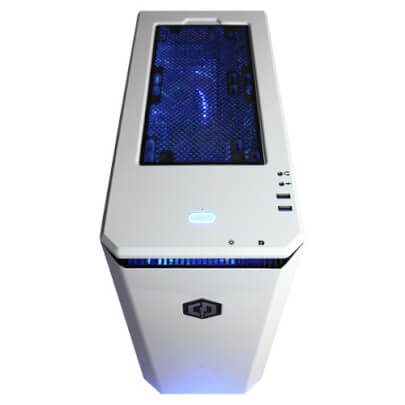 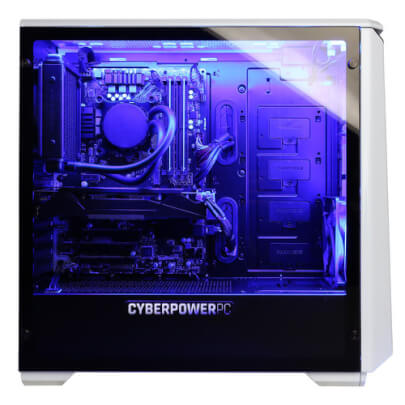 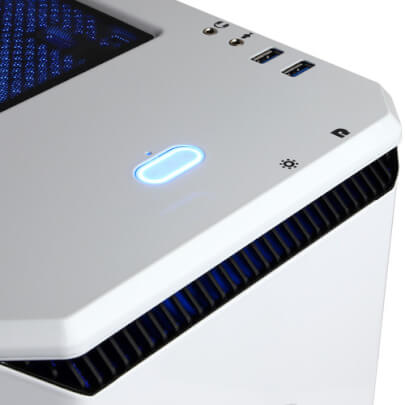 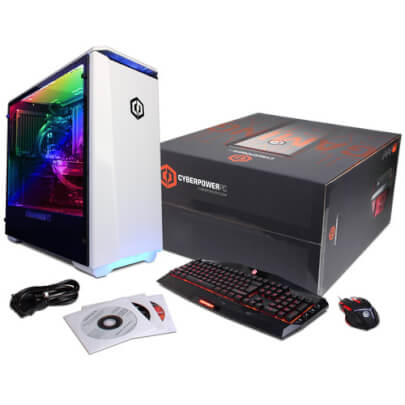 The Gamer Panzer Desktop Computer from CyberPowerPC is built for users looking for a hefty system capable of tackling demanding games at their best. Powered by a 4.2 GHz Intel Core i7-7700K Quad-Core processor and a NVIDIA GeForce GTX 1080 graphics card with 8GB of GDDR5X VRAM, it can handle everything from everyday tasks to gaming at high-to-ultra settings. Furthermore, you can connect multiple displays using its DVI, HDMI, and DisplayPort outputs for a multi-monitor setup. Its 32GB of 3000 MHz DDR4 RAM lets you efficiently multitask and can be upgraded to a max of 64GB by replacing the pre-installed modules.