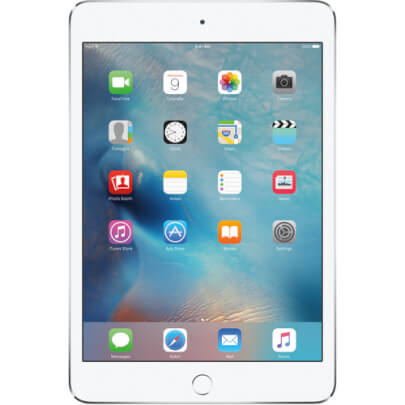 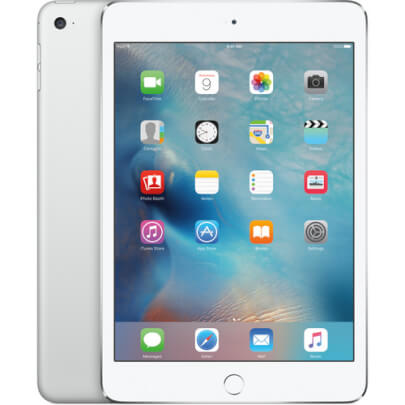 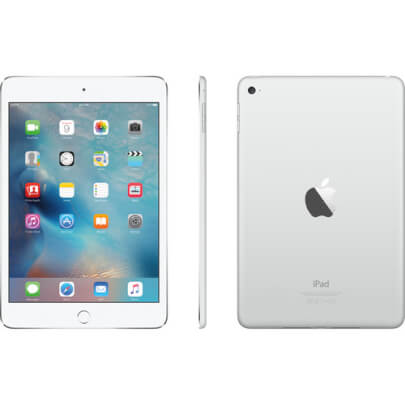 The Retina Display of the iPad mini 4 has been designed with all components combined into one layer. This helps eliminate gaps between layers, as well as the internal reflectance caused by those gaps. This helps the 7.9" 2048 x 1536 touchscreen render lifelike colors, text, and images with improved contrast, sharpness, and vividness at 326 pixels per inch and a total of over 3.1 million pixels

When you're in motion, the M8 motion coprocessor continuously measures data from the accelerometer, compass, gyroscope, and barometer. This helps offload work from the A8 chip for improved power efficiency. The motion coprocessor also continuously calibrates all five sensors, so when you want to play a game or use Maps, iPad mini 4 is ready and able

To get improved graphics performance out of the A8 chip and iOS 9, the iPad mini 4 takes advantage of Metal, an Apple technology that lets developers design immersive console-style games. Metal is optimized to allow the CPU and GPU to work together and deliver detailed graphics and complex visual effects

The A8 chip isn't just powerful; it's also power efficient. With up to 10 hours of battery life, it can handle work, play, and more.

With Touch ID, you can use your finger and the Home button to unlock your iPad. Touch ID also has 360° range, so no matter how you're holding it - portrait, landscape, or anything in between - your iPad knows who you are. Touch ID also unlocks more than just your iPad and allows you to sign in to secure apps, make one-touch purchases in iTunes, iBooks, the App Store, and through Apple Pay