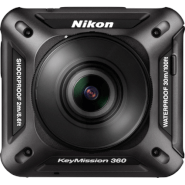 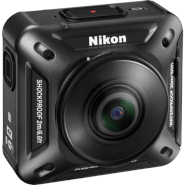 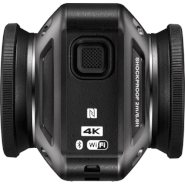 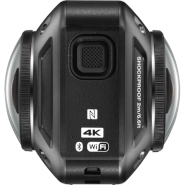 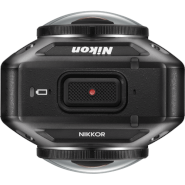 Imagine being able to capture not just the view in front of your eyes, but the entire world around you—in every direction&#0151as lifelike 360° 4K Ultra HD video. You'd be able to tell stories that make your friends and family feel like they were there. KeyMission 360 opens a new world of richly immersive 360° experiences that can be viewed and shared on a smartphone. Compact, lightweight, waterproof and wearable, it frees you to follow your storytelling instincts, wherever they may take you. Welcome to the future.

Share experiences in a whole new way. KeyMission 360 uses two NIKKOR lenses and two image sensors to capture the view in front of your eyes as well as scenes you can’t see—including yourself within the 360° world—with brilliant Nikon image quality. The result is seamless 360° video and photos, free from blind areas, that will make your friends and family feel as if they were actually there.

Waterproof, shockproof and freezeproof with no additional housing