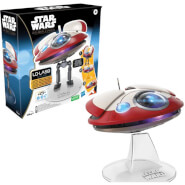 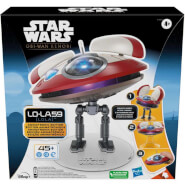 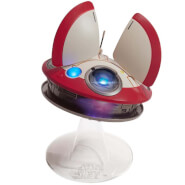 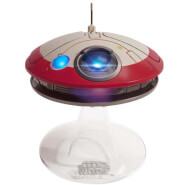 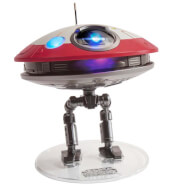 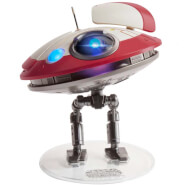 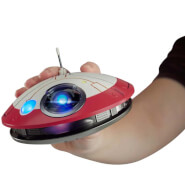 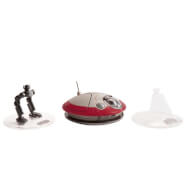 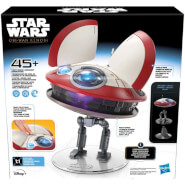 The Star Wars L0-LA59 (Lola) Animatronic Edition from Hasbro's Star Wars collection lets kids and fans alike bring home a beloved droid companion. This Star Wars toy features design and deco inspired by the Obi-Wan Kenobi live-action series on Disney+. Touch the sensor on L0-LA59's head to activate more than 45 different light, sound, and movement combinations through 3 modes of play. Unlock Companion Mode by attaching L0-LA59's legs, Hover Mode by attaching her stand, or On the Go Mode by removing her from either base. She even responds to background noises with a series of lights, sounds, and movements. Kids ages 4 and up will love this adorable animatronic droid, which makes the perfect addition to any fan's Star Wars collection.

Kids and fans can bring home the animatronic edition of this loveable droid companion, L0-LA59 (Lola), and reimagine iconic scenes from the Star Wars Galaxy

Touch the sensor on L0-LA59's head to unlock more than 45 different light, sound, and movement combinations through 3 unique modes

In Companion and Hover Mode, this Star Wars toy opens and closes her mouth, moves the panels on top of her head, and tilts her head from side to side

This electronic toy for kids ages 4 and up responds to background noises with different combinations of lights, droid sounds, and movements

This toy produces flashes that may trigger epilepsy in sensitised individuals.