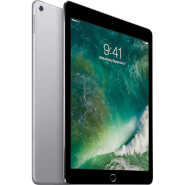 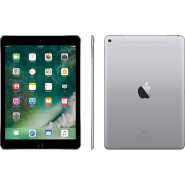 Within the 9.7" LED-backlit touchscreen, the 2048 x 1536 native resolution renders text and images at 264 pixels per inch and a total of over 3.1 million pixels. The display uses a bonded design, which eliminates gaps between layers, along with the internal reflections caused by those gaps. This results in richer colors, greater contrast, and sharper, more vivid images. The display also features a fingerprint-resistant oleophobic coating to keep your screen clean. With its DCI-P3 color space, the iPad Pro display provides a wider color gamut than standard sRGB displays.