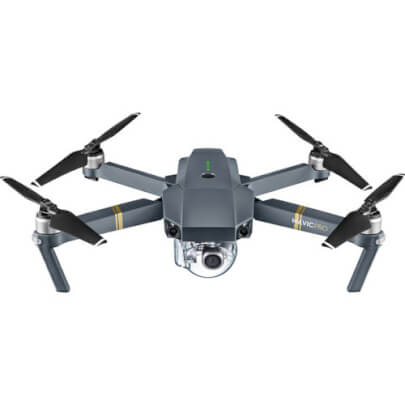 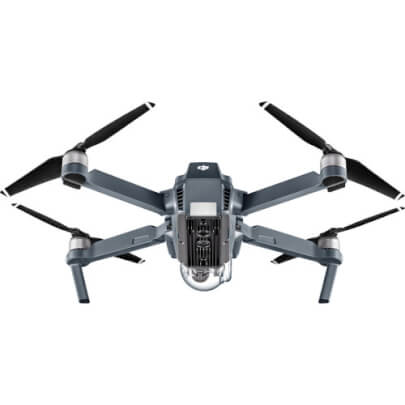 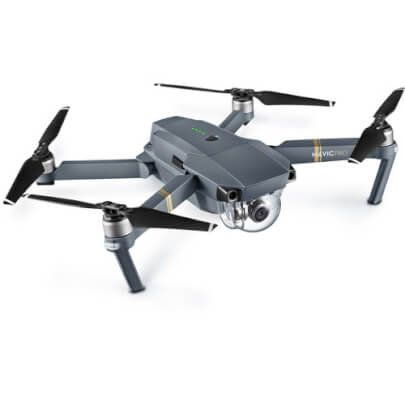 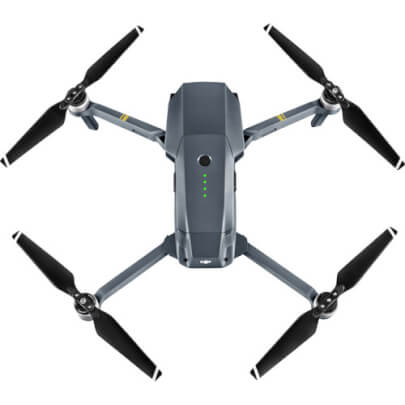 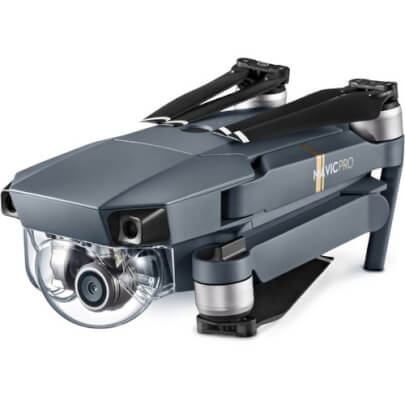 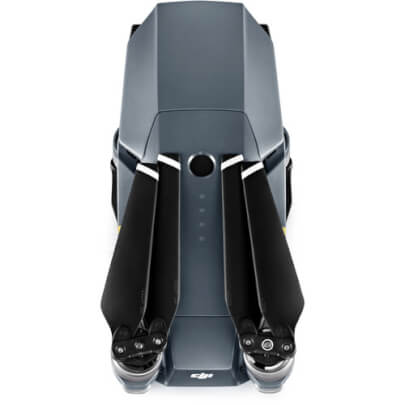 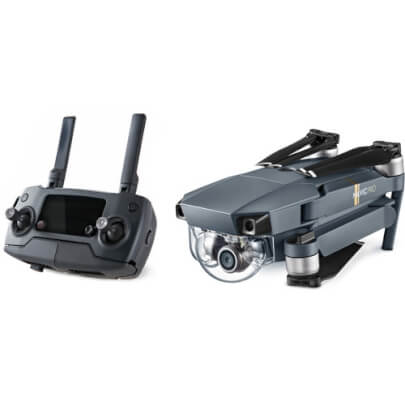 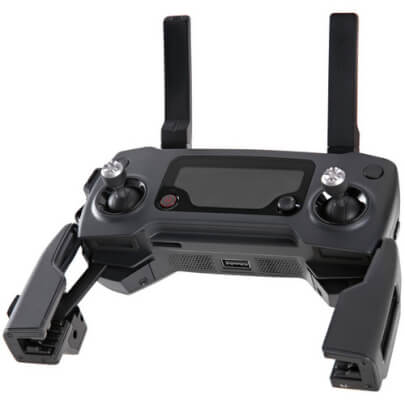 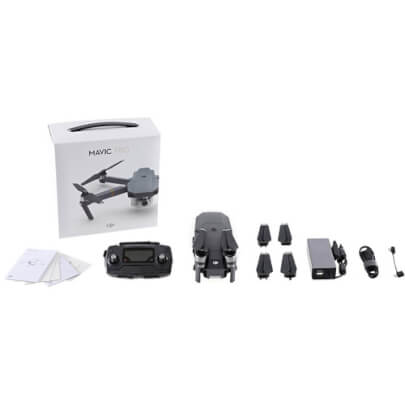 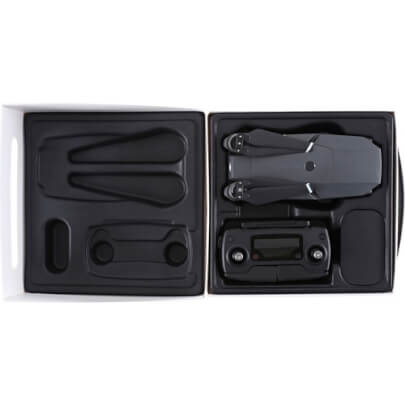 The DJI Mavi Pro has all the features that you'd expect to find only on much larger platforms, but this compact foldable drone has set new standards. The drone features an advanced flight control system that draws on a host of sensors — including a ground-facing camera, ultrasound, GPS, dual redundant IMUs, and more — to keep track of where it is flying in 3D space and even avoid collisions. The Mavic works in tandem with DJI's GO mobile app for accessing settings, getting a telemetry readout, viewing a low-latency video feed, and even editing and sharing your footage. In addition traditional joystick style controls, you can fly with simple tap-based commands, and the Mavic can even recognize gestures for the perfect selfie.

The Mavic Pro camera shoots 4K video (up to 4096 x 2160) at 30 frames per second and Full HD 1080p at 96 frames per second, so you can create incredible slow motion. Its minimum focusing distance is just 19", making it perfect for everything from the ultimate aerial selfies to landscape shots

OcuSync long-range-transmission technology is capable of relaying a signal up to 4.3 miles line-of-sight while supporting 720p HD video (1080p HD transmission in short-range mode). Every time you fly, OcuSync scans a range of available frequencies to find and use the one with the least interference to give you more reliability and control. Tightly integrated with the DJI GO app, OcuSync transfers vital statistics of the Mavic to you in real time, and can also be used to download photos and videos at up to 40 Mbps while flying

Custom-designed, high-energy-density batteries; an optimized propulsion system; and advanced power management give the Mavic a much longer flight time than many compatible platforms in its size class. This results in flight times of up to 27 minutes under ideal conditions and up to 21 minutes for average flights

Put away your controller and phone to get that perfect, natural selfie. All you need to do is put the Mavic in Gesture Mode and walk in front of it. The Mavic will automatically detect you. Raise your arms or wave to it to make it follow you, and when you're ready for your photo, make a box shape with your fingers. The lights under the Mavic's front arms will start to flash, and you will have three seconds to strike your pose before it takes a photo

As the Mavic flies, it scans the world around it, creating a 3D map that tells it exactly where it can fly and what it needs to avoid. Because it uses vision processing, it can see up to 98' in front and can accurately measure distance up to 49' in front, making it significantly more accurate than sonar based avoidance technologies. When the Mavic detects an obstacle and sees a way around it, it will simply adjust its route to fly around it. If it can't see a way around, it will slow to a stop gently and hover until you tell it what to do next.
This obstacle avoidance system is activated in every Intelligent Flight Mode, including all ActiveTrack modes, TapFly, and Terrain Follow. If you use Automatic Return to Home, it switches on too, so that as the Mavic makes its way back to you, it won't bump into anything in its path. Avoidance is effective when flying at speeds up to 22 mph

The Mavic is able to position itself accurately in a range of environments, beyond what is possible using basic "optical flow" technology, which depends on a single downward-facing camera and assumes that the ground below is always flat. Mavic is able to sense its environment in 3-dimensions and react to it, ensuring it hovers steadily, whether it is high up on the side of a cliff where downward sensors have no target, or under a forest canopy where satellite positioning is blocked and the ground is covered in uneven markings and obstacles