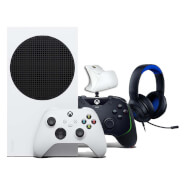 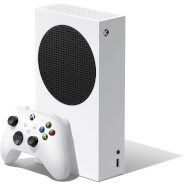 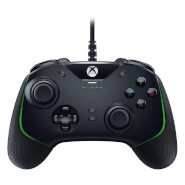 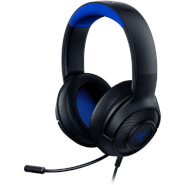 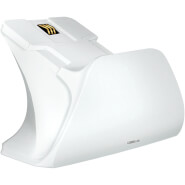 Introducing the Xbox Series S, the smallest, sleekest Xbox ever. Experience the speed and performance of a next-gen all-digital console at an accessible price point.

Next-gen performance in the smallest Xbox ever.

Introducing the Xbox Series S, the smallest, sleekest Xbox. Experience the speed and performance of a next-gen console at an accessible price. Get started with an instant library of 100+ high quality games, including all new Xbox Game Studios titles like Halo Infinite the day they release, when you add Xbox Game Pass Ultimate (membership sold separately).*

The next generation of gaming brings our largest digital launch library yet to our smallest Xbox ever. With more dynamic worlds, faster load times, and over one hundred outstanding titles with Xbox Game Pass, the all-digital Xbox Series S is the best value in gaming.

Xbox Smart Delivery ensures you play the best available version of your game no matter which console you're playing on.

Play thousands of games from four generations of Xbox with Backward Compatibility, including optimized titles at launch.

Go all digital and get your games, saves, entertainment and more, accessible on the cloud. Plus, pre-install games and play the moment they drop.

Play games at up to 120 frames per second*

Experience the modernized design of the Xbox Wireless Controller in Robot White, featuring sculpted surfaces and refined geometry for enhanced comfort during gameplay. Stay on target with a hybrid D-pad and textured grip on the triggers, bumpers, and back case. Seamlessly capture and share content such as screenshots, recordings, and more with the new Share button. Use the Xbox Accessories app to remap buttons and create custom controller profiles for your favorite games. Quickly pair with, play on, and switch between devices including Xbox Series X, Xbox Series S, Xbox One, Windows 10 PCs, Android, and iOS. Plug in any compatible headset with the 3.5mm audio jack.*

Hit the big league with a wired gaming controller designed for the Xbox Series X|S consoles. With advanced customizability for greater precision and control over your game, the Razer Wolverine V2 lets you dominate the competition from the comfort of your couch.

The ergonomic L-shaped hand grips of the Wolverine V2 provides a natural hold that outperforms its predecessor, while the contoured design and non-slip rubber grips allow swift and accurate button interaction for all-day gaming at peak performance.

Equipped with a 3-million tap life cycle for greater durability and a reduced actuation distance of 0.65mm — 35% less than that of the average membrane controller — each button is finely tuned for greater accuracy to showcase your true gaming potential.

The Wolverine V2 comes loaded with additional buttons for advanced gamingר multi-function buttons at the front of the controller can be remapped via Razer™ Controller Setup for Xbox to unleash greater control and a more personalized play style.

Every millisecond matters in the heat of battle. For a competitive edge, activate Hair Trigger Mode via two slide-locks on the underside of the controller that greatly reduce travel distance to the main triggers, enabling an ultra-fast rate of fire with a gentle press.

Game on for hours in comfort with the ease and convenience of plugging your 3.5mm audio device straight into the controller, instead of the console.

Making advanced customization just got a whole lot easier with the Razer™ Controller Setup for Xbox. Designed for Xbox Series X|S, Xbox One and PC (Windows® 10 and above), this Xbox app lets you remap multi-function buttons and triggers or adjust sensitivity clutch levels to complete your in-game experience.

When gaming in the comfort of your own living room, you’ll want to feel relaxed so you can game on your console for hours on end. Enter the Razer Kraken X for Console. Ultra-light at just 250g with superior gaming audio. Sit tight and play for hours—your console gaming marathons are about to be a breeze.

Engineered with a lightweight form factor for a near-weightless feel on your head.

Relieves pressure on your head to prevent strain.

Creates a firm grip on your head to provide a comfortable and measured fit.

The flexible and bendable microphone utilizes a cardioid pattern that records sound from an area that focuses on your mouth. This helps to capture your voice with clarity while suppressing background noise from the back and sides.

The microphone mute button and volume slider is easily accessed underneath the left earcup for convenient control.

If you’re looking for the fastest way to keep your Xbox controller at prime power levels, then go for the perfect pairing with the Razer Universal Quick Charging Stand for Xbox.

Able to fully charge your controller in under 3 ​hours, the stand is also designed with overcharge​ protection to prevent overheating and short​ circuiting.​

Whether you’re on next-gen, last-gen, or staying old​school, the Razer Universal Quick Charging Stand for​ Xbox works with all controllers old and new.*​

Mount your controller easily and never worry​ about its charge being interrupted thanks to a​ magnetic design that secures the controller to​ the stand.

Simply hook up the charging stand to your Xbox,​ PC, or compatible wall plugs to get it working.